Forge Memorable Connections with Your Audiences

Event marketing is a proven way to connect your most important audiences to your brand. But let’s face it, no one was ever bored into action. You need exciting, memorable events that create enthusiastic brand ambassadors. That’s where we come in.

We’ll work with you to develop creative strategies that stand out, and by using the latest in digital marketing we deliver compelling experiential B2B events and live brand experiences attendees never forget. That’s why you can look to McKenzie Worldwide for help in every aspect of your event program, including:

In the world of venture capital, funding has historically flowed more easily to some groups than to others. Nitin Rai, founder and managing director of Elevate Capital, has seen for himself that women, people of color, veterans and LGBTQ populations are often overlooked when it comes to obtaining funding for their new enterprises. That’s why the mission of his venture capital firm is focused on supporting inclusion and diversity by investing in these important groups. In fact, as of 2018, Elevate Capital had invested more than $5 million in 24 startups, 91 percent with founders comprising women, minorities, and veterans.

Elevate Capital wanted to raise awareness about investing in inclusion and drive conversation—and action—around entrepreneur empowerment. In addition, our clients at Elevate Capital wanted to find a way to connect portfolio companies to additional sources of capital and open up new opportunities for local entrepreneurs and investors alike in Oregon where the firm is headquartered and has a strong focus.

To bring attention to Elevate Capital’s focus on inclusion and offer diverse entrepreneurs a forum for presenting their ideas while also gaining guidance from an array of experts, the team at McKenzie Worldwide recommended to Rai that we work together to create a Summit event focused on the topics of inclusion and diversity. After a whirlwind two months of planning and organizing of the event theme, content, speakers, panels, branding, signage, production, and other details, the McKenzie Worldwide team was able to present the first Elevate Inclusion Summit in October 2018, at Portland Center Stage at The Armory.

The summit featured panel discussions from entrepreneurs who benefited from Elevate Capital’s funding and mentorship, including Paula Hayes, founder of Hue Noir, Ganesh Shankar, co-founder and CEO of RFPIO, Allie Magyar, CEO of Hubb, and Ana Chaud, CEO of Garden Bar, among many others.

In addition, throughout the day entrepreneurs made company presentations to investors and venture capitalists attending the event, sharing ideas and seeking funding opportunities. 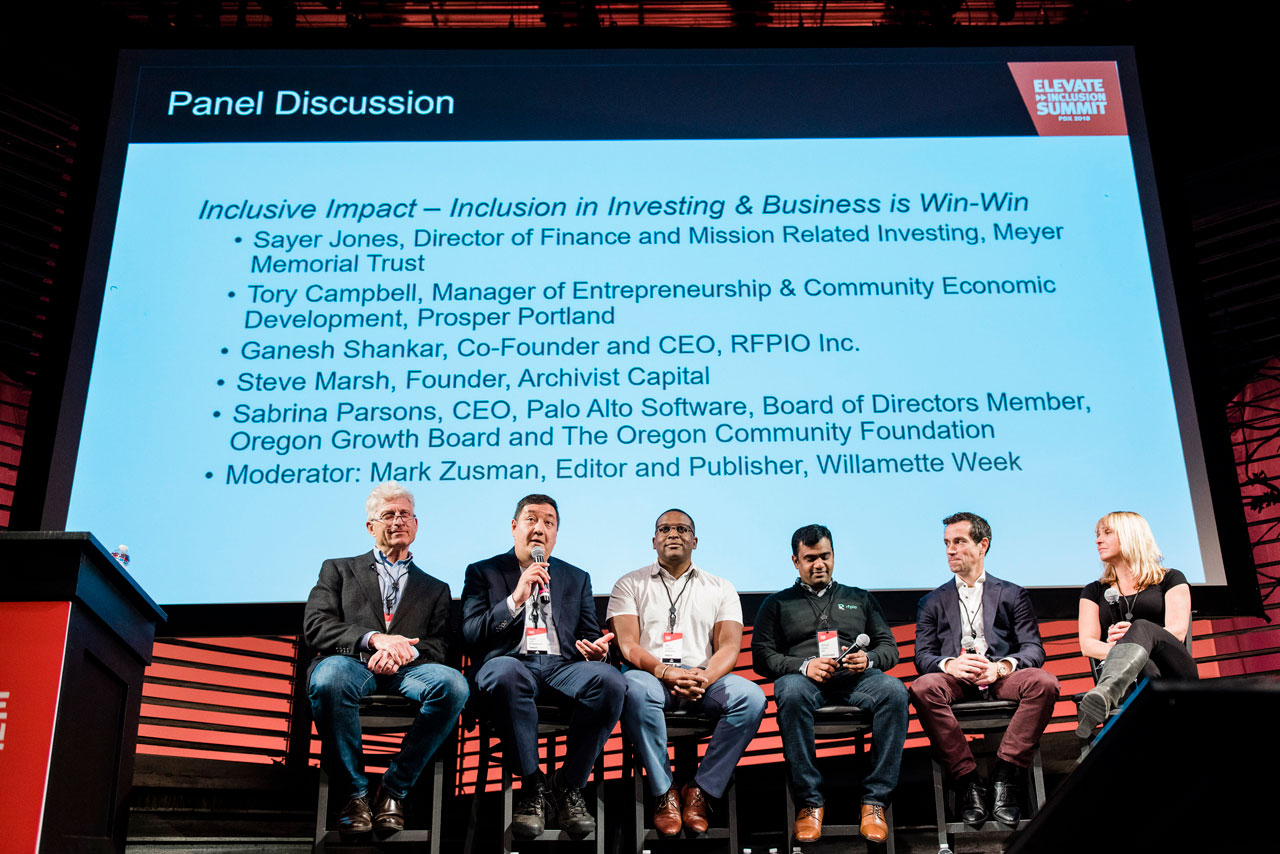 “The Elevate Inclusion Summit celebrated inclusion and provided an opportunity for entrepreneurs and investors to connect while discussing the important issues around diversity and inclusion,”

Elevate Inclusion Summit 2018 attracted more than 300 attendees, most from traditionally underrepresented groups. More than 75 percent were women and more than 55 percent were people of color. As a direct result of the summit, several new companies were funded.  This event recap video captures some highlights.

The summit garnered extensive notice through social channels. On Twitter, Elevate Capital (@pdxelevatevc) generated more than 45,000 impressions with 2,836 profile visits in the immediate aftermath of the summit. A tweet with a photo of Oregon Congresswoman Bonamici and Nitin Rai, alone generated 5,278 impressions.

Our team also placed a guest column by Rai, “Oregon investors must focus on inclusion, mentoring minority entrepreneurs,” in The Oregonian, that detailed his commitment to inclusive investing.

Getting the word out about Elevate Capital’s work through the summit was a gratifying experience also for the McKenzie Worldwide team.

“It’s so rewarding to be involved in an effort that is focused on doing good and also continues to build and strengthen a client’s brand,” said Megan McKenzie, founder and CEO of McKenzie Worldwide. 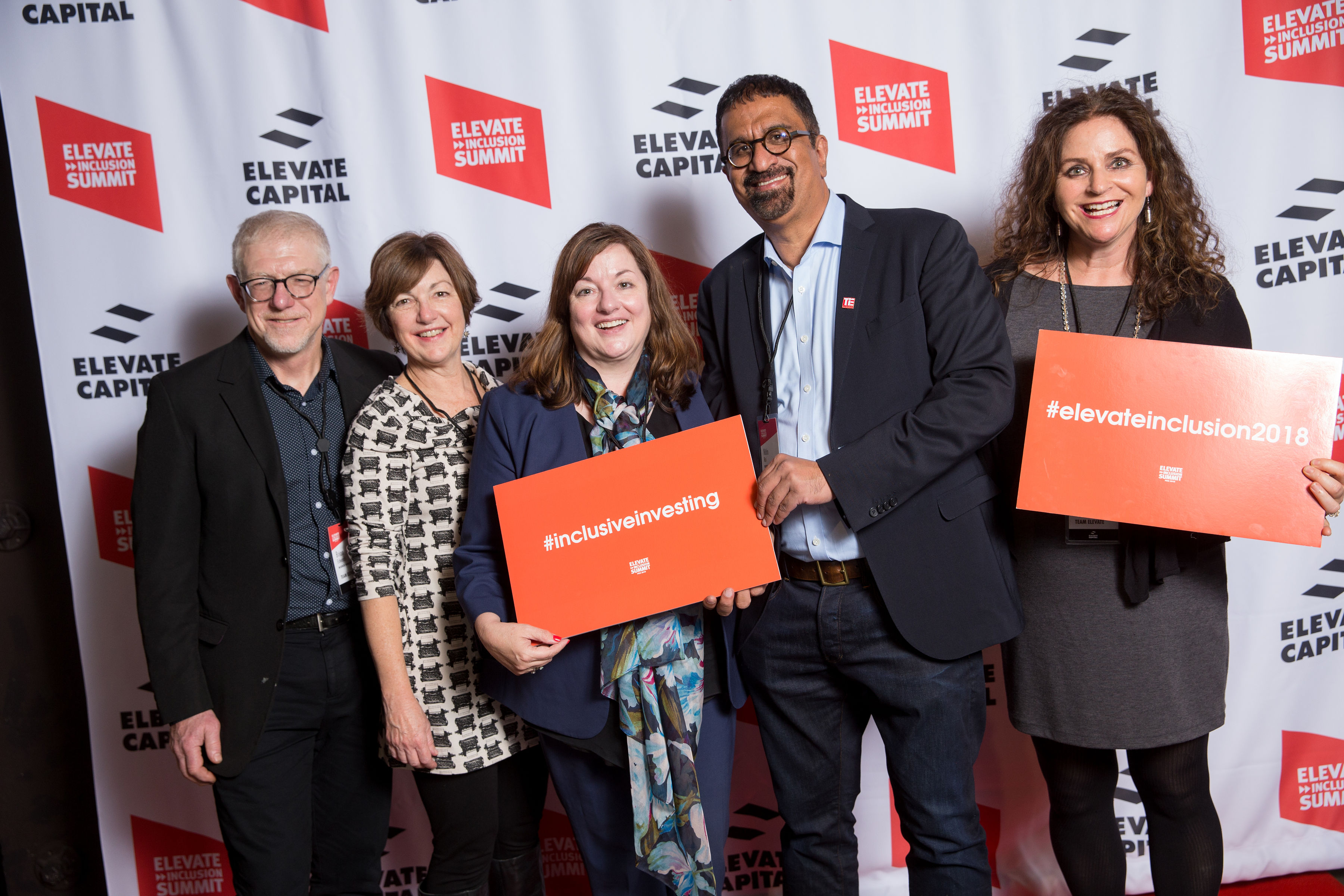 For Elevate Capital, the event was a great success:

“Thank you Megan McKenzie ... every once in a while, one crosses paths with a kindred spirit like you. You immediately got it and proposed this great idea of holding an inclusion venture capital conference—a first of its kind in Pacific Northwest and your team pulled it off in only eight weeks with an incredible impact. Thanks to you and your team for believing in me and the Elevate Capital team."